"Our lives have changed so much for the better."

Charlotte and Nicola always wanted children. In May 2015, their dreams were realised when the couple adopted a brother and sister.

Charlotte said: "We were never in doubt that we wanted to adopt siblings because they’d have a biological connection to one another. Nicola always wanted to be a mum, but when IVF treatment didn't work for us, we started thinking about adoption. We also weren't getting any younger.

"I know there has been a lot of research around children adopted by same-sex couples thriving in the same way as those adopted by heterosexual couples. The evidence also points to same-sex couples tending to make very empathetic and understanding parents who are more accepting which is quite possibly down to the prejudice they may have faced in their lives around their own sexuality."

Charlotte and Nicola’s adopted children, Eva and Joseph, aged four and two, were placed with them in September 2014 and they received their adoption order through in May 2015.

"We first met the children in August 2014 with their foster carer who was brilliant. Eva and Joseph have settled in really well. Eva is very sociable and outgoing, and Joseph tends to be a bit of a climber, scaling almost anything – extremely curious and mischievous." explained Nicola.

Charlotte gave up her job as a schools liaison officer when the children came to live with them, but says that she’ll consider returning to work part-time once both children are at school – Eva starts this September. Nicola is a teacher.

Charlotte added: "The process to get approved as adopters was quite full-on, but necessarily so. There were highs and lows and it was emotionally challenging for both of us. However, because it’s goal-orientated, the pain was definitely worth it. Our lives have changed so much for the better.

"We got a lot of support from our family and friends, and during the adoption process, a lot of emotional support through the agency’s fantastic preparation group – these were other potential adopters we met up with regularly who were going through the process at the same time as us. In fact, some of them are now really close friends."

If you share a similar story to Charlotte and Nicola, and need advice or support or just want to talk, contact us. 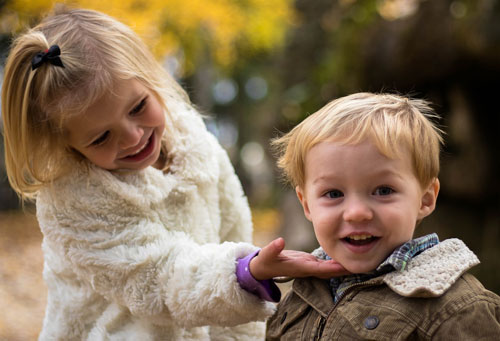